Skibelund Krat was previously an important  meeting place for pro-Danish citizens. From 1865, and about 100 years onwards, it formed the setting for popular constitutional meetings. Until 1920, the fight for the Danish cause in South Jutland was the main focal point.

Around the meeting place in Skibelund Krat, there are a number of memorial stones for men who actively participated in the national struggle that was fought from Skibelund  Krat.

The artworks 'Modersmålet' and 'Magnusstenen' stand on the embankment at Skibelund Krat. The stones had a significant meaning during the national struggle, and it was important that they could be seen from the German side of the river Kongeå.

Read more about Skibelund's history and the memorial stones.

The forest
The forest at Skibelund Krat lines the south-facing slope of the Kongeå Valley. The terrain is very hilly. There was previously oak scrub covering the whole area, but after the Skibelund Association bought a part of the area in 1869, first some conifers were planted and later some beech.

Today, the western part of Skibelund Krat mainly consists of oak scrub, while the eastern part with the monuments consists of a tall beech forest.

In the spring months, especially in the oak scrub area, you can experience a wonderful bloom of white anemones. Follow the little nature path marked with yellow posts west of the hotel. In the forest you can also experience wood violets, lily-of-the-valley, polygonatum multiflorum and maianthemum.

The purpose of the protection order is to preserve the protected areas such as forest clearings, meeting sites, memorial stones and paths.

Oak scrub
Oak scrub are old self-sown oak forests that have arisen through grazing and wear through frost and wind. Scrub trees typically have multiple stems, which are lower and more crooked than in planted forests. At Skibelund Krat, the oak scrub has emerged as a result of the overgrowth of grassland on the slopes of the river valley.

The oak scrub contains many important natural values, and today all oak scrubs are protected by the Danish Forest Act. 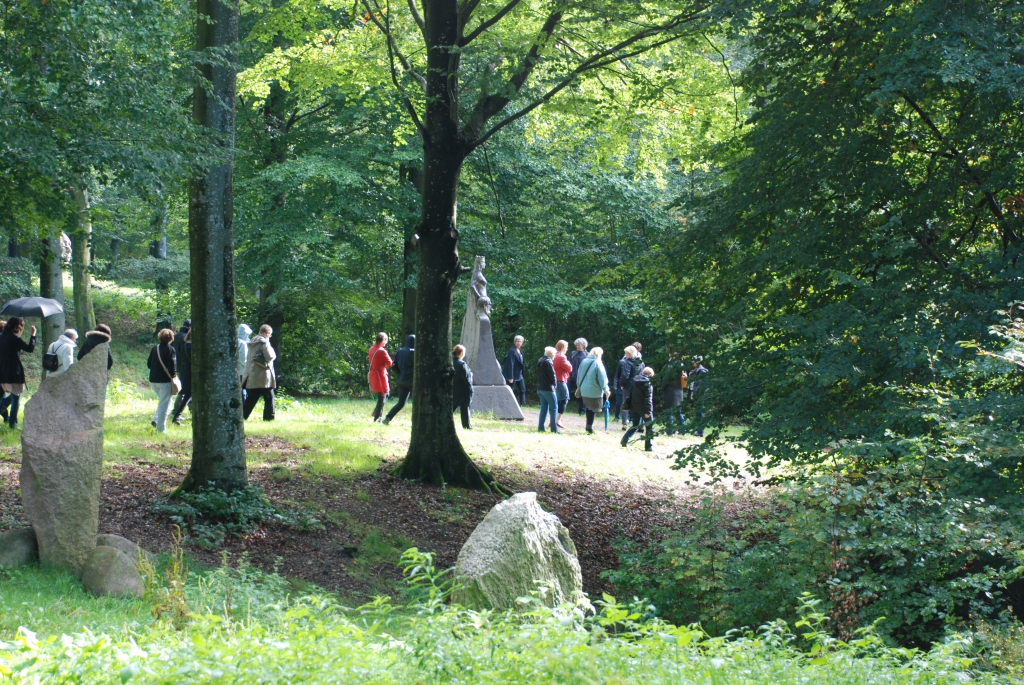